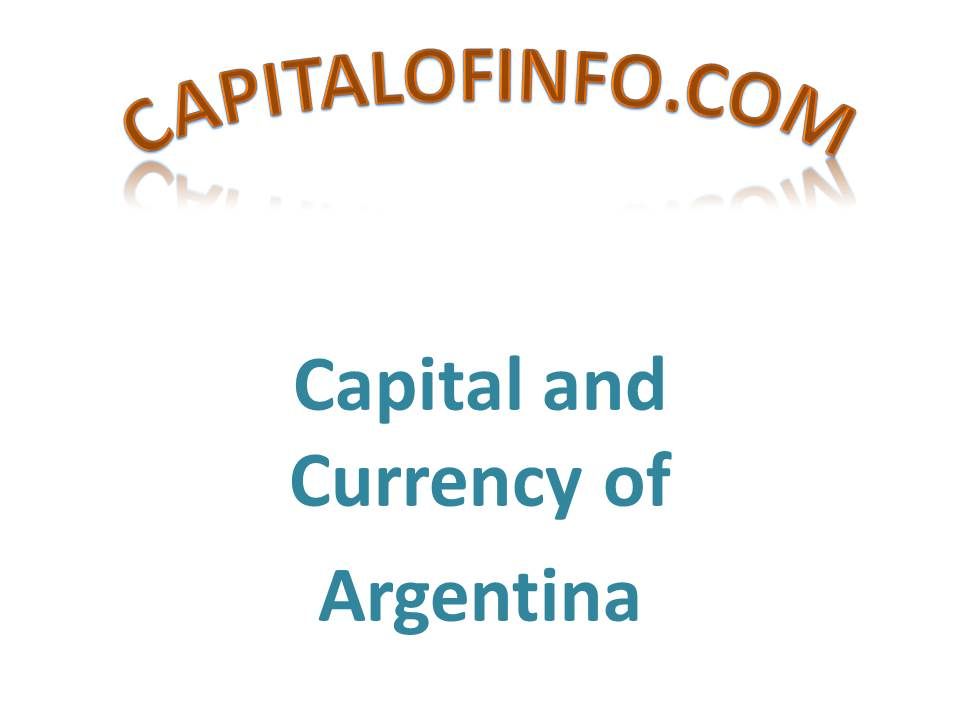 Buenos Aires is the capital of Argentina and also the largest city in the country. The literal meaning of Buenos Aires is fair winds. It is one of the best cities in Latin America. Buenos Aires is an autonomous district separate from Buenos Aires province. The city extends to the towns of Flores and Belgrano. It is known by its formal name of Ciudad Autonoma de Buenos Aires; abbreviated as CABA.

The currency of Argentina is Peso ARS and many languages are spoken in the country. Further, we have stated the names of the languages which are widely spoken in the country. Some of the largest music festivals like Ultra Music Festival Buenos Aires and Buenos Aires Jazz Festival are hosted in the city. It is also home to some popular historical sites and the main official seat of the government of Argentina. Capitalofinfo.com brings interesting information related to the capital cities of the top countries of the world.

The main language of Argentina is Spanish as it is the most widely spoken language in the country. There are several other languages used by Argentines.

Here is a list of the languages most widely spoken in the country:

This Latin American country shares land borders with several other countries. Here is a list of the neighbouring countries of Argentina.

Top Festivals and Holidays in Argentina

Argentines are mostly Catholic people. Other communities include Protestants, Muslims, Buddhists, and other minority religions. Here is a list of holidays in the country for 2022.

Day of Respect for Cultural Diversity

11th October is celebrated as the day for cultural diversity in Argentina among the natives and Europeans. The same day is celebrated as Columbus Day in the United States of America and many European countries. The day commemorates the day when Christopher Columbus reached America in 1492.

This day in Argentina is celebrated to hail the freedom from dictatorship. The country had cruel dictatorship from 1976 to 1983.

Argentina achieved freedom from Spanish rule on 9th July 1816. Since then the day is celebrated as the Independence Day. Peru and Bolivia (then known as Upper Peru) also gained freedom on the same day.

The day is named and celebrated after a key leader and national hero of Argentina. He played a key role in the war against Spanish rule and that led the country to independence.

youngest countries of the world

what is the capital of Israel

Apart from the capital of Argentina, there are 23 provinces in the country. Each province is having independent administrative departments. But Buenos Aires province is categorized into different subdivisions. Keep visiting our website to learn public holidays in different countries. Also, find capital cities of the top European countries including Germany, Switzerland, France, and Portugal.