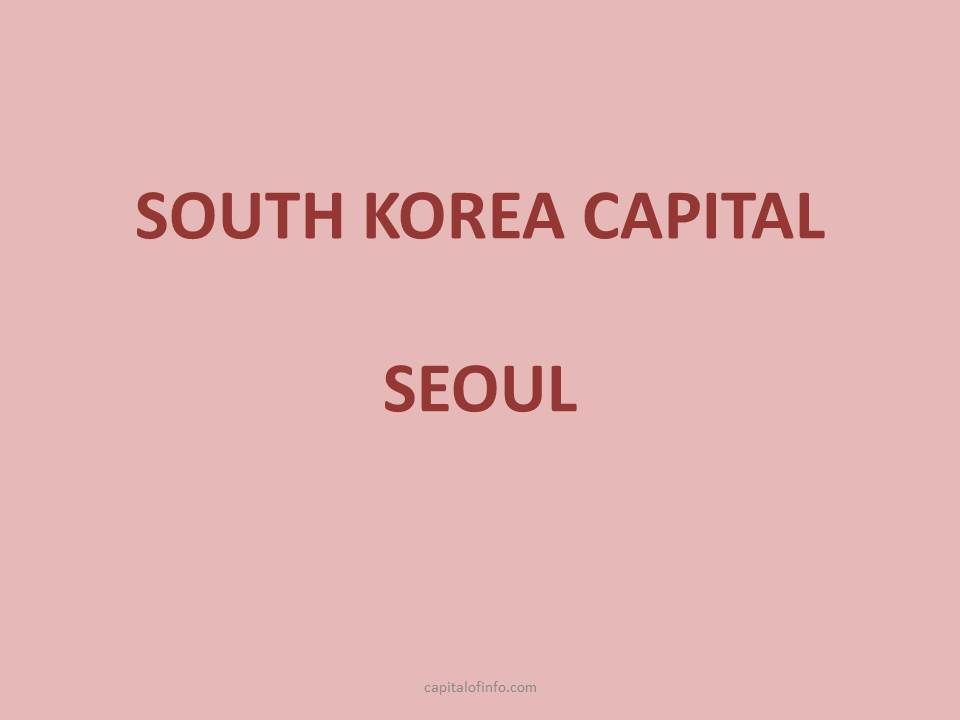 Seoul is the capital of South Korea and also the largest metropolitan city. Its official name is Seoul Special City. The capital city of South Korea accommodates headquarters of some of the top companies like Hyundai, LG, and Samsung. The currency of South Korea is Korea Republic won KRW. Seoul was also the capital of ancient Korean states including Joseon and Baekje. The city is home to five UNESCO world heritage sites. It receives a tremendous number of international tourists every year.

Seoul is accommodated by mainly Christians and Buddhists. It is also home to people following Confucianism and Muism. The largest university in the world; Dongguk University is located in Seoul. Further, we have listed the official language and holidays of South Korea. Capitalinfo.com provides information related to capital cities and currencies of the countries. Find capital cities of South Africa, Brazil, Canada, and Australia on our website.

Dialects of Korean language spoken in South Korea have adapted some words similar to English and Chinese. Hence it is sometimes considered as decadent. On the contrary, North Korea speaks Pyongyang dialect also known as munhwao.

Following is a list of public holidays and festivals in South Korea. Further, we have detailed the most popular festivals in the country.

Here are the major traditional festivals of South Korea. They are extremely popular today as well as celebrated every year with great fervour by South Koreans.

Chuseok is an autumn festival celebrated on the full moon night around the fall equinox. It falls on the 8th month and 15th day of the lunar calendar. It is a major autumn harvest festival. Similar autumn moon festival is also celebrated in China, Taiwan, Vietnam, and Hong Kong. Chuseok is a three-day-long festival in South Korea and North Korea. Celebrations and events are held in the capital of South Korea and other cities.

Buddha’s birthday is also called Lantern Festival in South Korea. As per the lunar calendar, it is the 8th day of the 4th lunar calendar month. People hang lovely lanterns in various shapes, colours, and designs. Buddhist Monks and people also visit the temples to offer prayers.

Capital of South Korea is one of the most developed metropolitan cities in the world. It stands in the line next to top cities like Los Angeles, New York, and Tokyo. The ancient name for the city was Wiryeseong, Hanseong, and Hanyang. Visit us to learn capital cities and states of Germany, India, Australia, and the United States.