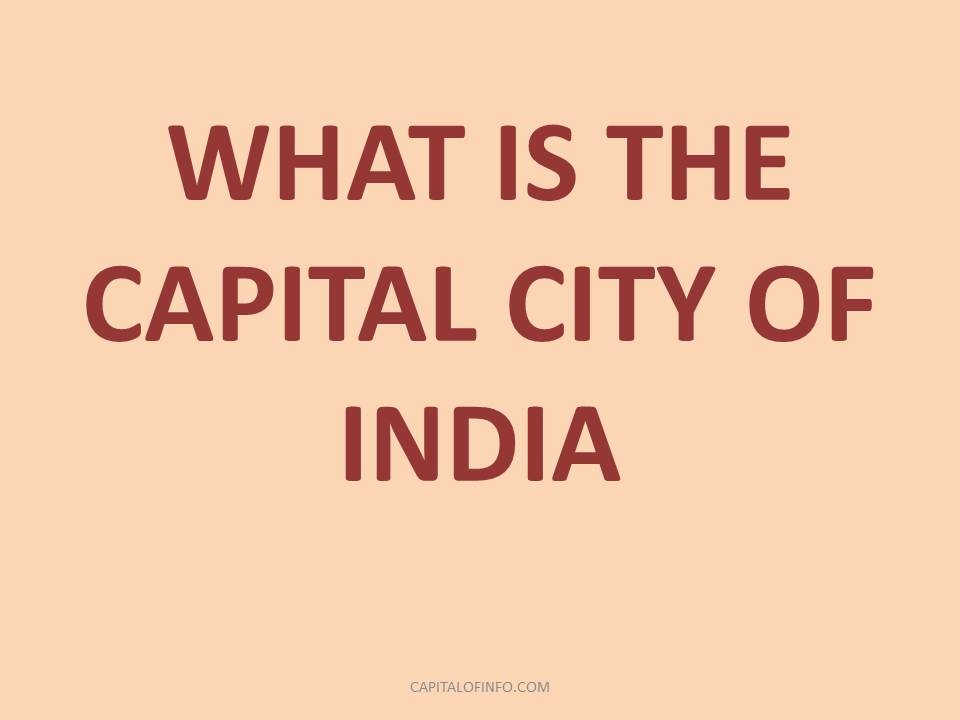 Capital of India is New Delhi which is an urban district in Delhi and major North Indian region. Though many think Delhi and New Delhi are the same, it is not so. New Delhi and Delhi are not the same but New Delhi is a small region in the city of Delhi. The region is known as NCT or National Capital Region comprises the entire NCT as well as adjoining districts of the neighbouring states. Capitalofinfo.com brings interesting information on the capital cities of the world and India. We have provided information on provinces and capital city of Australia and Canada as well.

Post-independence, Delhi has gone through many political transformations. In 1947, New Delhi got restricted autonomy. Delhi was declared a union territory in 1966 which was also declared to be known as National Capital Territory of Delhi or NCT of Delhi. As per the 69th Amendment Act of 1991, this union territory became National Capital Territory. However, no status of the state is given and it is a union territory and capital of India. Apart from political capitals, every country has major hubs known as economic or cultural capitals. Read further to know the major capital cities of India.

Capital of the Country Before Delhi

Before 1911, the capital city of India was Kolkata (then known as Calcutta) under British rule. In December 1911, the capital was shifted to New Delhi due to the rising boycott of the then colonial government in Calcutta.

Even before that, Old Delhi was a major political and economic hub under several empires like the Mughal Empire. George V, the then ruler of India declared Delhi as capital on 12th December 1911 shifting administration from Kolkata to India. Since then Delhi is known as the capital city of India and also a major place in North India with lots of tourist attractions like Red Fort, Qutub Minar, and India Gate.

Major capital cities of India are Mumbai, Delhi, Bangalore, Hyderabad, Kolkata, and Chennai. In the next section, we have elaborated other important hubs of India.

Major Capital Cities of India and their Importance

Mumbai is the major commercial hub of India and capital of Maharashtra state. It is also known as the commercial capital and a global hub for financial activities. Mumbai is also the largest city of South Asia and home of vibrant Hindi film industry popularly known as Bollywood. Mumbai is located in Maharashtra which is a large state in Western India.

India is filled with diverse cultures, each culture has its own identity in every aspect. However, before independence, Kolkata was called the cultural capital city of India. It was considered the birthplace of major pieces of art, theatre, and literature. It is the home town of the great poet and author Rabindra Nath Tagore.

Bangalore is known as the electronic capital of the country. and a hub of information technology. Located in Anekal Talum it is also a capital of Karnataka; South Indian state. This electronic zone comprises top-notch companies like Infosys, HCL, Tech Mahinda, and TCS among others. The first major city is Delhi and there are major other important cities that play an important role in the economy of India.

Odisha is popularly known as the sports capital of our nation. The state hosted the Men’s Hockey World Cup in 2018 at the Kalinga Stadium located in Bhubaneswar. Other popular sports played in the state are rugby, football, hockey, tennis, and cricket.

Neighbouring Countries of India with Capitals

Find below the full list of the neigbouring countries of India and their capitals.

We have published a separate post to provide a list of all the states and capital of India. Keep visiting us to know the capital cities and states of India, and its states including Maharashtra, Odisha, Haryana, Punjab, Madhya Pradesh, West Bengal, and Gujarat.