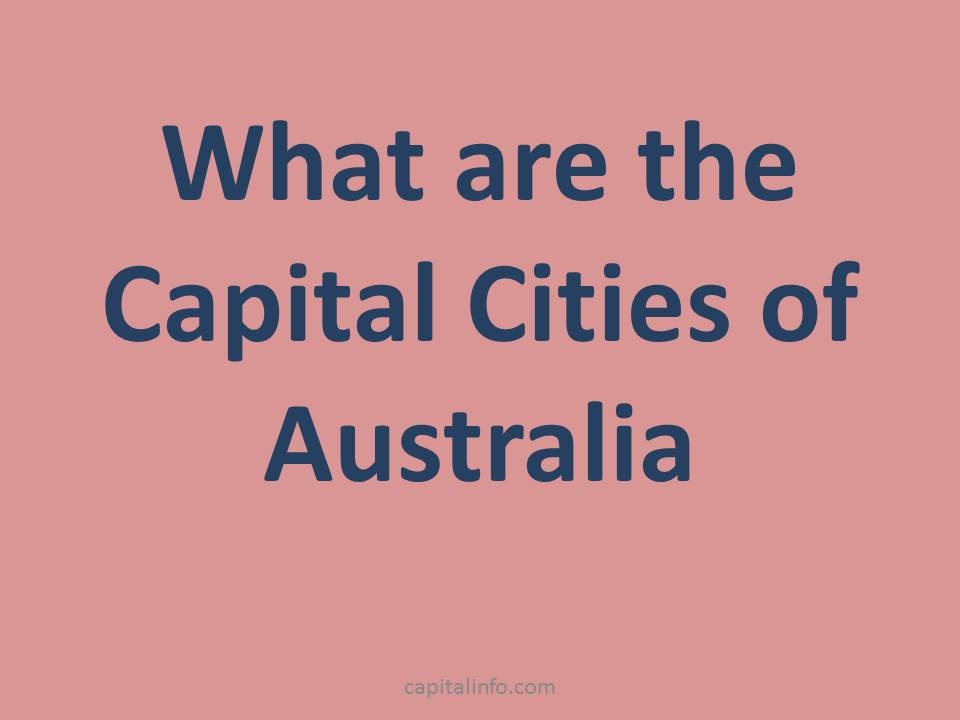 Are you searching for the capital of Australia? Here is a complete write-up on Canberra, which is the capital city of Australia. Sydney is the largest city in Australia and not the capital. Other major cities of the country are Adelaide, Melbourne, Perth, and Brisbane. Further in this post, we have explained Australia capital and currency in details. We are sure you would love the elaborated information shared here.

Here in this post, we have explained what is the capital of Australia, South Australia, Western Australia, and Tasmania. Currently, we all know this oceanic country as a popular destination for education. Students from all across the globe love to choose this country for availing higher education. Further, we have given important details in this post about population, currency, and cities of Australia. You would love to know the attractive tourist spots in Australia.

Is Sydney the Capital of Australia

No. If you are thinking Sydney is the capital of Australia, you are wrong. Australia capital name is Canberra and before Canberra, Melbourne was the temporary seat. Here is a complete overview of all the major aspects of the country including all the states of Australia.

Each state of Australia and each territory have individual parliaments. However, there are certain dissimilarities especially in Queensland, ACT, and NT. So, the capital of Australia before Canberra was Melbourne for a short time when the Canberra was getting constructed.

Canberra is the capital city of Australia and South Australia is one of the 6 states. Adelaide is the main administrative centre and the most populated city of SA.

Perth is the main city of Western Australia and it is also the largest place in WA. Similarly, Sydney is the centre of New South Wales and Melbourne is the main hub of the Australian state of Victoria. Brisbane is the largest city of Queensland also abbreviated as QLD.

We are sure now you know all the major cities and economic centres of this country. The currency of Australia is the Australian Dollar.

Capital of Tasmania is Hobart which is also the most populated city of the state. The capital city of Tasmania is located on the western shores of the Derwent River. The city extends through the shores and from the Derwent Valley.

The city has a beautiful coastal climate and receives good sunshine compared to other cities. Tasmania has many tourist attractions like Mount Wellington, Museum of Art old and New, Hobart Penitentiary, Battery Point Sculpture Trail. Hobart is a favourite spot for people interested in antiques and architecture. Tasman National Park offers excellent glimpses of natural beauty and wildlife for the tourists.

Australia is extremely rich when it comes to tourist spots. There are many top attractions in Sydney, Melbourne, Queensland, and other places in Australia. Here we have listed the top destinations in Australia.

Here are some of the best tourist hotspots of Sydney which is one of the largest cities in Australia. Some of these places are located right in the city while some are at a short distance from Sydney.

Melbourne is one of the main economic and cultural centres of the country. It is famous for the museums, centres and galleries of art, and sports events like the Melbourne Cup.

We all know that Queensland is the best place in Australia if you want to go for nature. It offers awesome natural landscapes like rivers, reefs, rainforests, surf breaks, islands, beaches, and waterfalls. Here are some of the main destinations or places to go to Queensland.