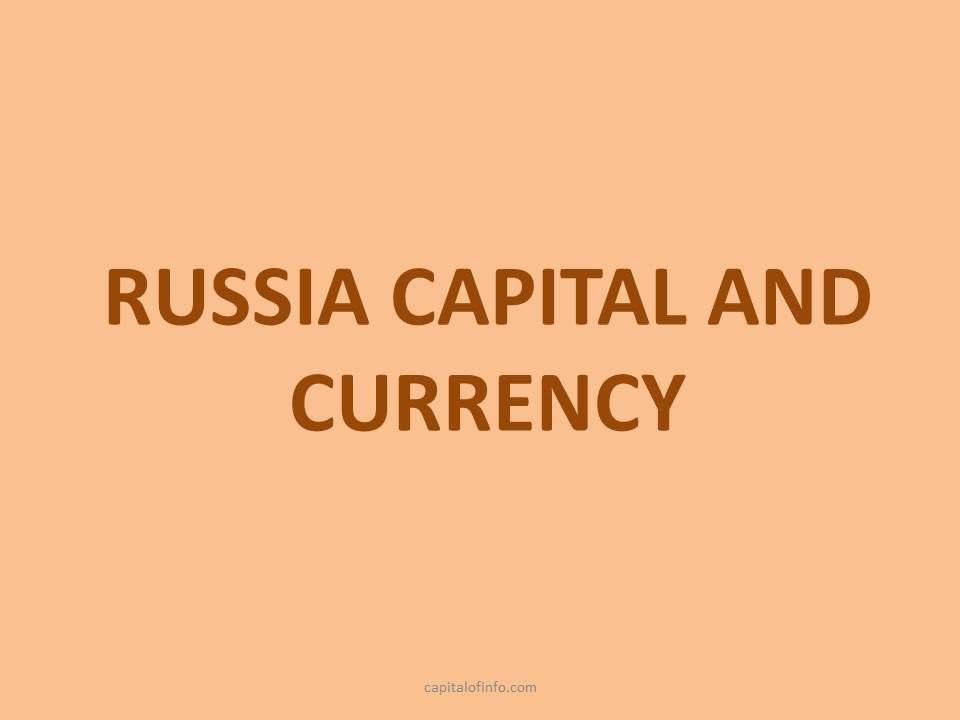 Moscow is the capital of Russia at present and also the largest city in the country. Moscow is located on Moskva River and known as one of the largest cities in the world. It is also the most populous city in Europe as per the land area. Though Moscow is the original capital city, it ceased to be so for a short time in history. St. Petersburg was the capital city of Russia before Moscow was resumed as the governmental seat.

In 1712, the capital city was moved to Saint Petersburg. Again in 1918, on the 12th of March Moscow became the capital of the Soviet state. Since then and even after the dissolution of USSR, Moscow is the capital of Russia. Capitalinfo.com provides information related to the capital cities of the world. Some of the most famous are Washington DC, Canberra, Wellington, Madrid, Berne, Berlin, and New Delhi in India.  Browse our website to know the capital of New Zealand before Wellington.

After the disintegration of USSR in 1991, Soviet ruble was used until 1992. New coins banknotes were issued in 1993.  Currently, 1 US Dollar is equal to 76 Russian rubles approximately. The last leader of the USSR or the Soviet Union was Mikhail Gorbachev.

capital of England before London

The country covers a vast area which is the largest in the world. The land area spans almost eighth of the entire inhabited land area of the planet. The country consists of as many as 11 time zones and is a neighbour to 16 nations. The international borders are shared with the following countries.

The USA and Japan share sea borders with Russia.

These are neighbouring countries (land borders) of Russia located in Europe and Asia.

Following is a list of the holidays in Russia for 2022. The list is true as and when written. Any changes by the authorities taking place at a later date should be checked by our users.

Capitalinfo.com also offers information related to the capital cities of South Africa, Australia, India, and New Zealand. The website also provides a complete list of the states and union territories of India with their capital cities.