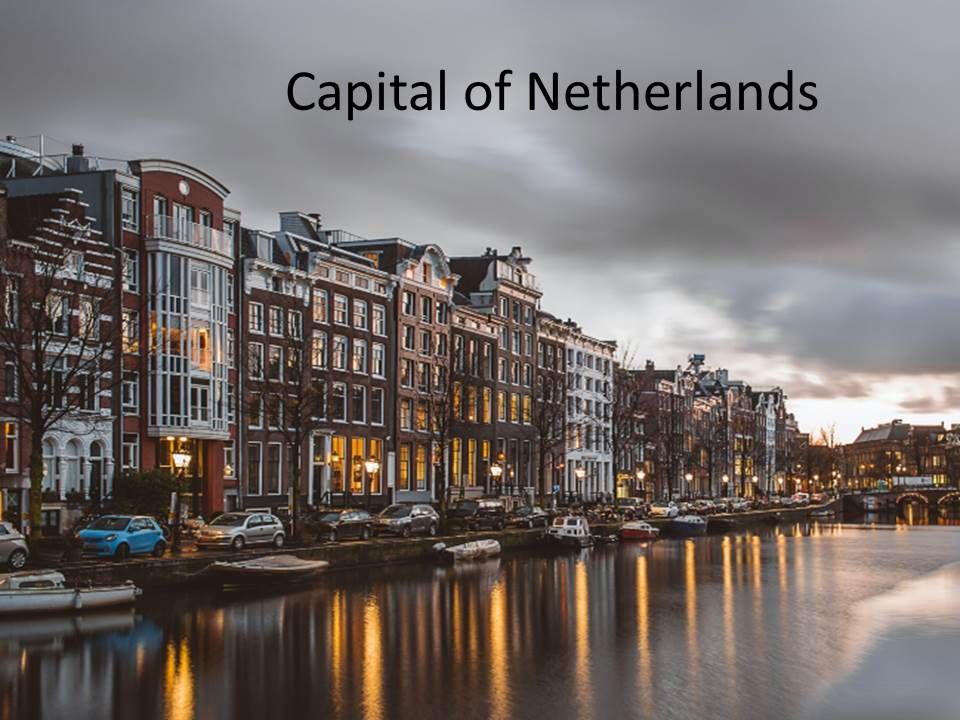 Capital of Netherlands is Amsterdam that is also the most populous city of the nation. Situated in the province of Northern Holland, Amsterdam is a hub for abundant economical activities. Due to a large number of canals present in the city, it is also known as the Venice of the North. Further, we have also stated the public holidays of the Netherlands for the year 2021. The capital city of Netherlands was earlier a small fishing village in 12th Century. Later on, it became an important port during the 17th Century. It is also informally known as Holland.

Learn the capital of England before London

The city has lots of historic canals and hence recognized as a UNESCO world heritage site. The canals, coffee shops, the Van Gogh Museum, and Royal Palace of Amsterdam attracts millions of international tourists every year. The capital of the Netherlands is also famous for its vivid nightlife. There are many nightclubs in the city. The city is also famous for cycling and biking as well as for its rich artistic heritage. If you are looking for the capital of Holland or the Netherlands, Amsterdam is the right answer.

Currency of the Netherlands

Likewise, other European countries the current currency of the Netherlands is Euro. Before the coming of the Euro, the currency of the country was Dutch guilder. On 1st January 1999, it adopted Euro replacing its former currency also known as gulden or guilder.

Languages Spoken in the Netherlands

Dutch is also spoken in Belgium. In Belgium, it is known as Flemish. Dutch is a West Germanic language also one of the official languages of Belgium. However, Dutch is mostly known as the national language of Holland. There is a various form so Dutch spoken in the country including the standard Dutch and other dialects of the language spoken in various regions. You will also find information on languages spoken in Germany on our website.

Public Holidays in the Netherlands 2021

Here is a complete calendar of all the public holidays in the Netherlands for 2021.

Though the dates shared here are true as of now, there may be changes if declared by the authorities at a later stage.

12 Provinces of the Netherlands

The Netherlands consists of total of twelve provinces. Here is a list of all the provinces for your quick reference.

Apart from the above provinces, the Caribbean Netherlands comprises of three islands. They are Bonaire, Saba, and Sint Eustatius.  Amsterdam; the capital of Netherlands is located in the North Holland province.

Difference between Holland and the Netherlands

In 1806, Napoleon turned the country into a kingdom. It remained a kingdom after his defeat as well. During that period, the region was called Holland. Since then, Holland is commonly used to refer to the entire country of the Netherlands. Hence, the capital city of the Netherlands and Holland is Amsterdam. Also, find the capital cities of other European countries including Spain, Germany, and France.