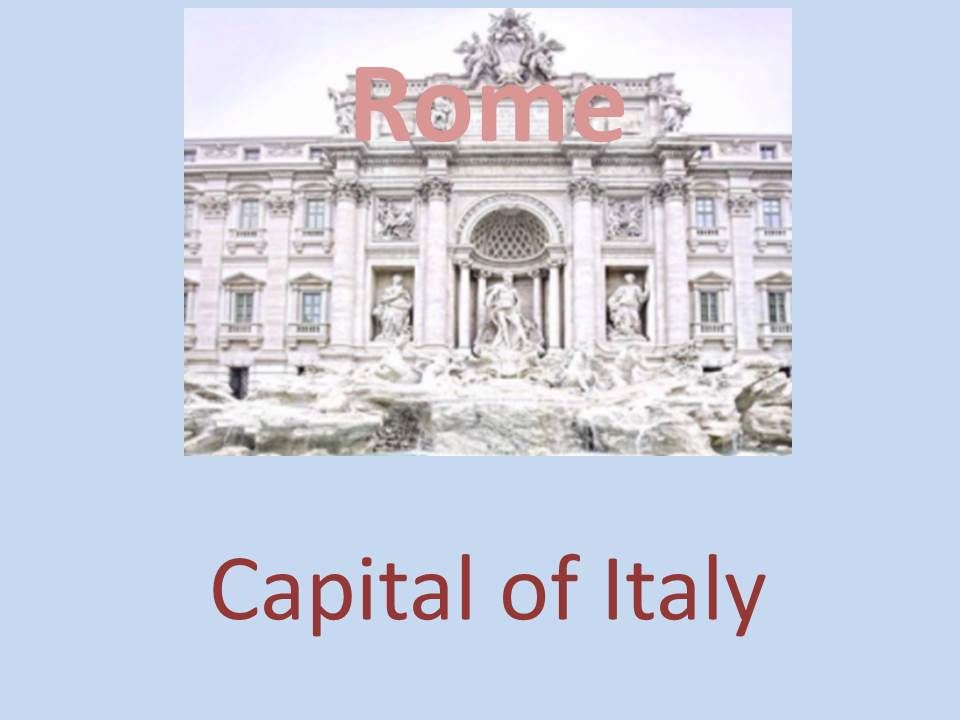 The capital of Italy is Rome that shares borders with many European nations like France and Switzerland. Euro has replaced Lira as the currency of Italy. The capital city of Italy is also the capital of the Lazio region. However, the capital city of Italy from 1865 to 1871 was Florence. It again moved to Rome in 1871. Rome also accommodates Vatican City that is the smallest country in the world. Vatican City is also the only country located within a city. Further, we have also provided information on currency, and the official language of Italy.

Italy is one of the Romance Languages. The world romance refers to the connection of the language with Rome. These languages are derived from the ancient language of Latin. Romanicus is a Latin word used during the middle ages to suggest a vernacular Latin speech. Romance languages are a group of modern languages evolved from Latin from the 3rd to 8th centuries. The top five Romance languages are Italian, French, Spanish, Portuguese, Romanian, and Sardinian.

It is not known about the official language of ancient Rome. However, it is said that Latin was used all over the Roman Empire. But other languages like Greek and Etruscan also had their space.

With the expansion of the Roman Empire to regions beyond Rome, the Romans came into contact with several languages. Greek culture and the Greek language had a major place in the Roman Empire. Rome was also the capital of immigrants who brought their languages with them.  Hence, Latin and Greek were the predominant languages of ancient Rome. With the decentralization of the Kingdom at a later stage, Latin developed into several Romance Languages. These languages are now mostly spoken in different European countries.

Italy is officially known as Italian Republic or Repubblica Italiana. The country is surrounded by islands and Alps range. It is considered an importan country of western Europe. Following is the list of the neighbouring countries of Italy.

The country is also having exclave in the Tunisian waters and enclave in Switzerland known as Campione.

Here is a calendar of public holidays 2021 Italy. However, it is subjected to change if the holidays are curtailed or added by the authorities.

You can visit the official website of the Government of Italy governo.it to see the original list. We are an independent portal providing information on capital, currencies, languages, and public holidays of different countries.

We are sure you liked our information related to the capital of Italy. Rome is a world-famous city that was home to one of the oldest cultures of the world. You must have also heard a saying that Nero Fiddled While Rome Burnt. This express is one of the most famous sayings of all the world. Nero was the Roman Emperor and is suggested in this expression. Though there are no pieces of evidence to support this expression, it is a popular saying according to which the Emperor did nothing to save Rome when it was on fire during the great fire of Rome in 64 AD.