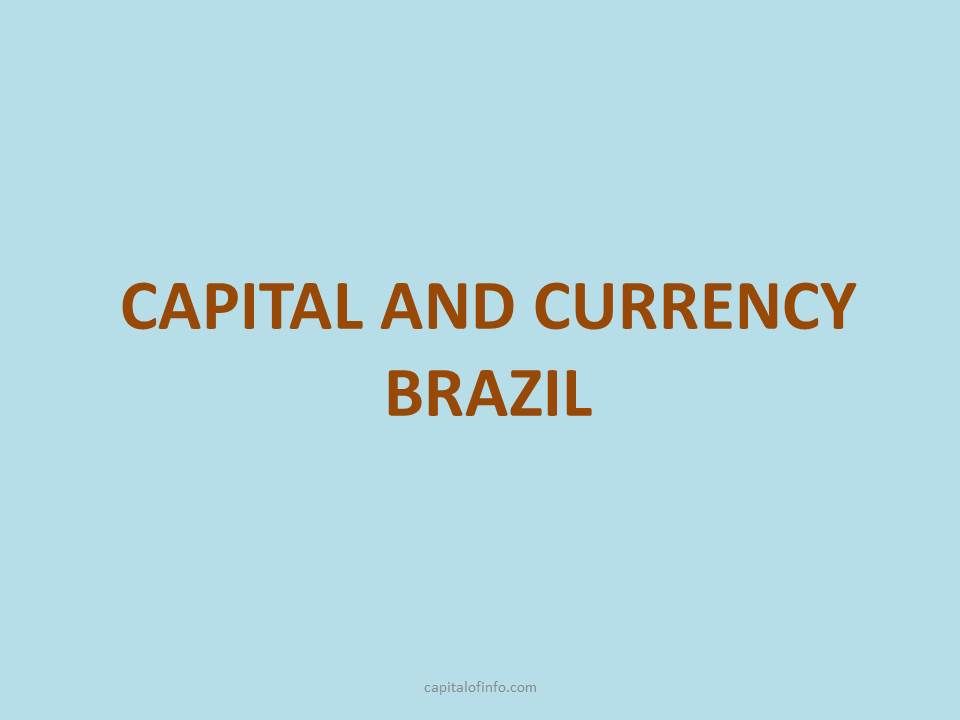 Capital and Currency of Brazil

Brasilia is the capital of Brazil and the seat of government of Brazil. The city was built on 21st April 1960 by President Juscelino Kubitschek to construct a new federal capital. Before Brasilia, Rio de Janeiro was the capital city of Brazil. But Salvador was the first capital of the country. In 1763, Rio de Janeiro replaced Salvador and remained capital city till 1960.  The main reason for moving the capital to Brasilia was having capital close to the country’s central region.

US states and capitals

Brasilia is also one declared UNESCO world heritage site. Its main features are beautiful modern planning and architecture. It was also called the City of Design in 2017. Since 1960, the city is the centre of legislative, executive, and judiciary branches of the federal government. It is also a house of 124 foreign embassies in the country. The city has hosted many famous sports events like the Summer Olympics 2016 and 2014 FIFA World Cup.

Apart from being a federal capital, Brasilia is also a centre of the economy. It accommodates a variety of industries related to commercial, industrial, agricultural as well as hospitality sectors. The currency of Brazil is real. Currently, the currency of Brazil equals to 13.65 Indian Rupees. It equals to 5.6 US Dollars. Apart from the capital city Brasilia, Sao Paulo and Rio de Janeiro are the largest cities. The country is home to the Amazon rainforests and accommodates several eco-tourism spots. The country is highly diversified in terms of climate as well as population. Though mainly a tropical country, it has different climatic conditions like oceanic, subtropical, and desert.

Here is a complete list of the states and capitals in Brazil. The states are federal subdivisions having restricted autonomy.

Brazil has a long coastline with the Atlantic Ocean on its eastern side. It is the largest nation in Latin and South America. Being the world’s fifth-largest country by land area, it borders all the countries of the continent except Chile and Ecuador.

Following are the neighbouring countries of Brazil:

The official language of Brazil is Portuguese. Brazil is the only American nation speaking Portuguese. The neighbouring countries are mostly Spanish speaking. The strong colonial relation with Portugal has resulted in the development of Portuguese in this country. Though Portuguese is the main language in Country, there are many other languages spoken as well. The European immigrants speak Germany, Spanish, and Italian languages.

Brazil is famous for the grand Carnival celebrations and several football events. Here is a complete list of the public holidays of Brazil.

The dates of Carnival and Black Consciousness Day are subject to change. We will update them as and when any change is notified. Find information on the official languages of various countries including Italy, Spain, France, and Switzerland on our blog.